Claire Fullerton’s third novel, Mourning Dove,  is a Southern family saga set in 1970s and 1980’s Memphis. It was released by Firefly Southern Fiction ( an imprint of Lighthouse Publishing of the Carolinas) in June, 2018 and is the winner of the Words on Wings Award by Literary Classics for Book of the Year; The Independent Publishers Book Award ( the Ippy’s) Silver medal winner in regional fiction ( Southeast), The Bronze medal winner by Readers’ Favorite for Southern Fiction, the SELAH Award winner for Women’s Contemporary Fiction, and the The Chanticleer Reviews First in Place, Blue Ribbon winner for The Somerset Award in Literary Fiction. Mourning Dove was awarded a place in the unpublished novel category of the Faulkner Society’s Words and Music, William Wisdom contest in November, 2017 before it was published. Here is Mourning Dove’s description:

Finley fascinated me. I used to study him—the way he walked, the way he talked, the way the air changed around him. He was absolutely something. But here’s what bothers me—Finley’s in heaven, and I don’t know why.

Millie Crossan loves Finley, her golden, blue-eyed brother who hung the moon. What she can’t understand, however, is why he died so young.
Reminiscing on a fractured childhood that began in Minnesota and dovetailed into Memphis, Millie ponders how she and Finley navigated the social mores of their mother’s native land as outsiders in a singing milieu that glittered in the South’s cultural nuance. In this manicured world, little is as it seems, yet Finley is so gifted with charisma and insight that together, brother and sister find their way to belonging.
But what mysterious elements shape fate into a life? And how can siblings share a history, yet come to such disparate ends?

Claire’s second novel, “Dancing to an Irish Reel” was a 2016 Reader’s Favorite and a 2016 Kindle Book Review Finalist. It was released by Vinspire Publishing in March of 2015. Dancing to an Irish Reel is contemporary fiction set on the western coast of Ireland, where Claire once lived. The story tells of an American who moves to Ireland’s west coast and navigates the regions cultural nuances, while finding herself involved with an Irish traditional musician who won’t come closer, nor completely go away.

‘s first novel, “A Portal in Time” is a mystery written in two time periods that fit together like pieces of a puzzle, set in Carmel by the Sea, California. It was also published by Vinspire. It asks the question: When we are inexplicably drawn to a particular person or place, is it coincidence, or something more?

Claire Fullerton is a four time, award winning essayist whose work has appeared in numerous magazines, including Celtic Life International, Southern Writer’s Magazine, The Wild Geese online Irish community, and The Dead Mule School of Southern Literature. She as is a five time contributor to the “Chicken Soup for the Soul” book series. 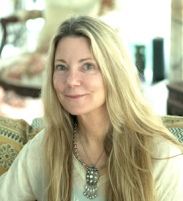 Claire’s next novel, Little Tea will release in May, 2020 by Firefly Southern Fiction.

She is represented by Julie Gwinn of The Seymour Literary Agency.

5 thoughts on “About Claire Fullerton”