It took me a while to evolve from a feeling of anxious, pandemic shell-shock to resume what has long been a habit of mine. I like to walk. I don’t need a destination. More often than not, I walk down my driveway in Malibu, California and the biggest decision is whether to turn right or left. I typically listen to Groove Music, where I’ve downloaded my favorite albums. It’s not so much about where I walk as it is the rhythm I strike while moving through space. There’s something centering about it, balancing, and it tends to clarify my perspective regardless of what’s on my mind. And these days, I have a lot on my mind, though most of it has to do with uncertainty.

What got me out of the walking habit during the first few weeks of the pandemic’s strange state of affairs was that it rained sporadically, the sky remained overcast, and it added to the unbalancing sense of gloom and doom similar to how I felt after the Malibu fires when life came down to the daily question of how to get my bearing. I’ve always known walking helps me get my bearings. It’s therapeutic to me, a dreaming meditation, part-and-parcel to my well-being, and the one thing I know about coping in crisis is it’s best to arrive at a schedule as close to business as usual. Since the sun’s been shining in Malibu these past few days, walking is at the center of what little I’ve managed to cobble of a schedule. 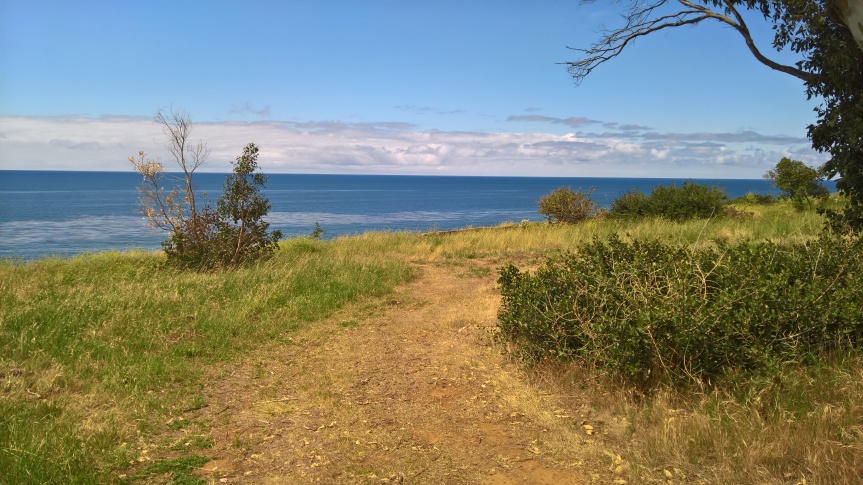 We’re currently not allowed on the beaches in Malibu, California, but on a rise of the Pacific Coast Highway, I spied this path. It goes through an indigenous, breathtaking field straight to the cliffs overlooking Nicholas Beach, which flows to the left.

The foothills of the Santa Monica Mountains are in Western Malibu, and they run into Ventura County.

There are beautiful wildflowers everywhere, now that we’re in spring: This is Pride of Medeira, and it’s plentiful everywhere. 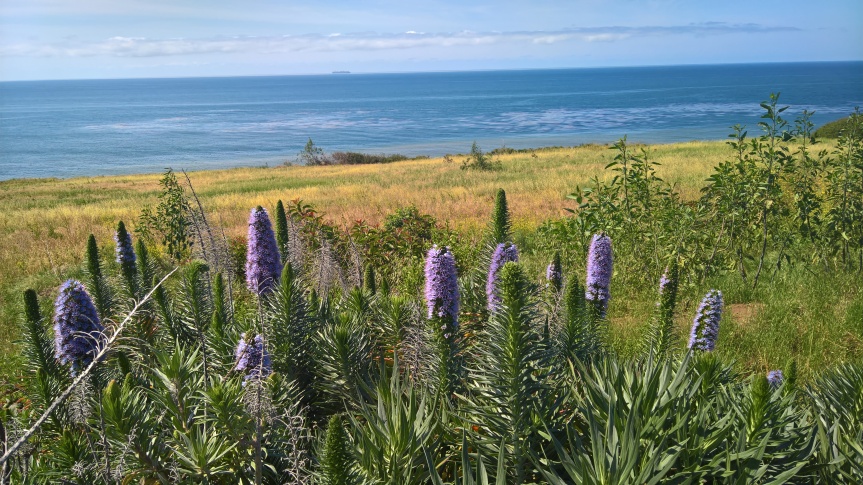 This is ice plant, and currently, it’s blooming 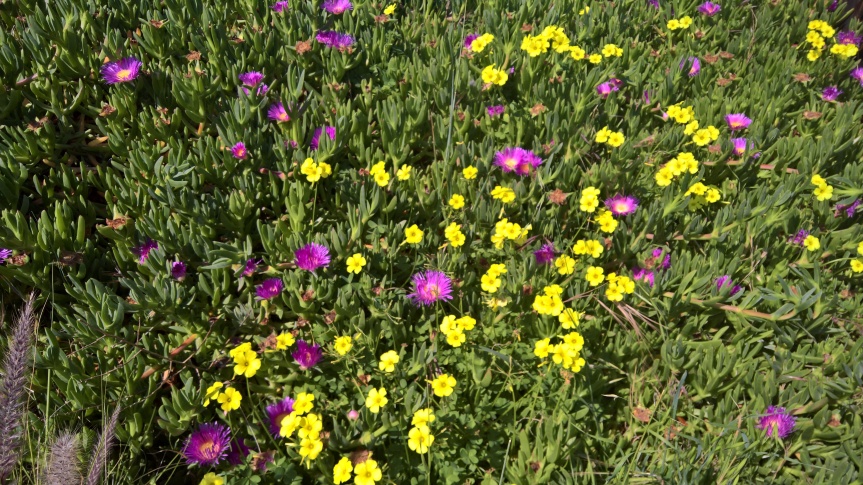 It wouldn’t be a walk outside in Malibu, California, without spying something emblematic to give one a sense of place. Since we can’t go to the beaches, this brilliant man did the next best thing: parked his VW van for an ocean view and strummed on his guitar.

It took weeks of feeling uncomfortable during this pandemic before I realized what was really bothering me. It went beyond a feeling of lack of control and wrestling with the uncertainty of what I can and cannot count on in my future schedule. My book, Little Tea, releases on May 1st, and as things stand, I have no idea what will be called off in my mid-June book tour of the South. Reports say the US will aim for normalcy in stages; that individual states will move forward according to how its governer sees fit. Conditions differ in varying regions. I think it will be an unfolding. And be that as it may, even if the coast were totally clear, I’m shying from the thought of getting on a plane in June to travel down South. We’ve all been through so much. Even if things were to get back to normal, it’s probably going to take a while to feel normal. But back to what’s been bothering me, because this just dawned on me. I’ve been my own worst enemy through most of this because I haven’t been practicing acceptance, at least not in a way where I wasn’t still trying to fit my square plans into a round hole.

I took this photograph from my front yard a couple of weeks ago, and I believe it’s exemplary of a ray of hope in the midst of a storm.

One day this pandemic will be behind us. For now, I’m working on acceptance.

And the best way I know to work on acceptance?

Go outside and start walking.

10 thoughts on “Out Walking”