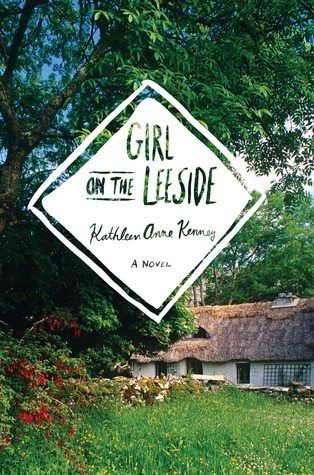 Because I once lived in a small town in Connemara, at the gateway of the Irish-speaking area called the Gaeltacht, I look for those novels that depict the region as it is, for once one has spent significant time there, its ways and means register in the soul with perpetual resonance, leaving one forever nostalgic for what can only be described as the west of Ireland’s consciousness. It isn’t easy to capture, for all its subtle nuances, yet author Kathleen Anne Kenney has done just that in writing Girl on the Leeside in the manner the region deserves, which is to say this beautiful story is gifted to the reader with a sensitive, light touch.

Girl on the Leeside is deep in character study. Most of what happens concerns the human predicament, no matter where it is set. More than a coming of age story centered on twenty seven year old Siobhan Doyle, it is a story of the path to emotional maturity, out of a circumstantial comfort zone, (which, in this case, is perfectly plausible, due to its isolated and insular Irish setting) into all that it takes to overcome one’s self-imposed limitations to brave the risk of furthering one’s life.

In utter fearlessness, Kathleen Anne Kenney invites the reader to suspend disbelief in giving us an otherworldly character that speaks to the inner fairy in those who dare to dream. Small and ethereal Siobhan is orphaned at the age of two by her unconventional mother, and father of unknown origin. She is taken in and raised by her mother’s brother, Keenan Doyle, the publican of his family’s generational, rural establishment called the Leeside, near the shores of a lough tucked away in remote Connemara. Introverted, with little outside influence, she is keenly possessed by her culture’s ancient poetry and folklore. She is a natural born artist, gifted with an intuitive grasp on words and story, a passion shared by her Uncle Keenan, yet so pronounced in her that she walks the line between fantasy and reality. It isn’t easy to redirect one’s invested frame of reference in the world, if it isn’t completely necessary, yet necessity arrives at the Leeside, when American professor of ancient Irish poetry and folklore, Tim Ferris, comes to compare literary notes with Siobhan and Keenan. It is this catalyst that sets the wheels in motion of a heartfelt, insightful story that involves the willingness to grow. All throughout, author Kathleen Anne Kenney explores the myriad fears that get in the way, and shows us the way to triumph.

Girl on the Leeside is a deceptively soft read. It is so laden with beautiful imagery, so seamlessly woven with radiant poetry that it lulls you into its poignancy and holds you captive, all the way to its satisfying end.

2 thoughts on “Girl on the Leeside by Kathleen Anne Kenney.”