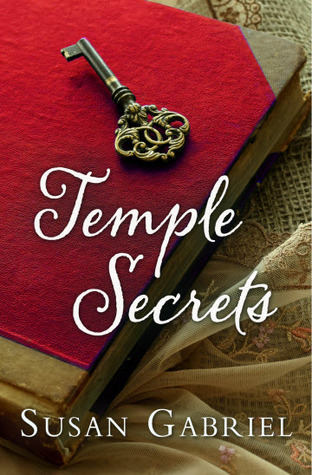 I’m going to try to come near stringing the adequate words together that describe how much I loved this book. I’ll cut to the chase and say it was so good, I didn’t want it to end. Temple Secrets is the kind of well crafted book that, once closed, causes you to wonder what to do next with your life. Author Susan Gabriel created a story chock-full of Southern characters and never once condescended to anything campy, rather, she infused every character with soul as they walked the wire of a story so unique as to be plausible, of character nuance so defined, you understood the underlying motivation behind every thought and deed in this electrifyingly unusual gem of common history experienced individually by players so intertwined, their lives are domino effects wrought from the hands of each other. And oh, the tone of this book: it is bluntly in your face without being offensive. Susan Gabriel writes in a direct, brass tacks voice that is howlingly funny, for all its taboo subjects, and I relished every line. The premise of Temple Secrets is this: In blue-blooded, aristocratic Savannah, where the mansions are gothic and imposing as they retain the character of days gone by, supercilious eccentric, Iris Temple, is on her last leg. For decades, she has ruled the roost of everything and everyone around her. She is one of Savannah’s inflexible old guard and proud of it to the point that she wields her power position in society like a sword. Hers is a personality so full of controlling disdain that she is feared not only by her family and staff, but by the denizens of Savannah, whose tether she keeps tight by her family’s book of secrets, which details intimate, damaging facts best not publically revealed. Iris is estranged from her full-grown daughter, looks down on her mulatto half-sister, who lives with her, and is catered to beyond reason by a handful of staff, who prefer not to stir the waters of Iris’ own self-image. It is a dynamic changer, when Iris is incapacitated by a stroke, and suffice it to say the ghosts of her past come out to haunt, literally and figuratively, which wouldn’t happen in most places, but it can and does in Savannah. In chapters detailing the individual character’s connection to Iris, the story morphs into an incestuous web you didn’t see coming. And at the heart of this story is the Temple Book of Secrets; someone has taken it upon themselves to publish part of its content, but the mystery is nobody knows who or why. It’s hard to write more at this point, without needing a spoiler alert, and I don’t want to deprive the reader of the joy to be found in this bounding story, so I will summarize by saying this novel is so engaging, so thrilling and unique that I stand beside many clamoring for a sequel!