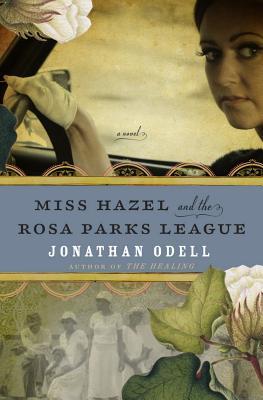 I cannot recall the last time I read a book set in the South wherein the personality and cadence of the dialogue was pitch-perfect. Jonathan Odell goes way deeper than Southern parlance in “Miss Hazel and the Rosa Parks League;” he delves right into the middle of Mississippi’s idiomatic speech, much of which is expressed by suggestion. The vernacular in this book tells half the story, and because of its spot-on attitude, we know more of the characters than any well-written descriptive paragraph could ever depict.
Set in the small Delta town of Delphi, it is the 1950’s, and segregation, prejudice and class division are an issue. After Hazel Ishee, who comes from little, meets the charismatic Floyd Graham in the Rexall Drug Store in Tupelo, they marry and move to Delphi because Floyd has big dreams of starting his own car dealership. Amidst a town set in its ways and customs, they begin a life together in which Hazel knows she does not fit in. As a loner in Delphi, her ways blossom into an eccentricity the entire town talks about, then the cruel hand of fate steps in to exacerbate her isolation, which doesn’t begin to mend until Floyd hires Vida as the family’s maid. Vida has an agenda in accepting the position, which has to do with her history with the local sheriff, who lives next door. As Hazel and Vida’s relationship evolves from one of mutual suspicion to friendship, the division between the races is explored and bridged, and the reader comes to learn that no one person exists in this small town without effecting its whole. This is a fast paced, thrilling book that takes a heavy era in time and infuses it with quirky humor. The characters are well drawn and representative of certain sects of society without being campy. It is a story of people who seek to be more than they are, only to realize they have been enough all along.